Once upon a time, in our beloved year of 2019 when Americans weren't *ahem* banned in Europe and various other countries/continents...my family and I took the trip of a lifetime to Spain, France, and Italy. This was our first time visiting the European continent and it left an indelible mark on me, so much that I planned my return trip for April 2020. That obviously didn't pan out and 4 months later with no international travel plans in sight, I'm at home chillin' ready to dive through my camera roll and share this long overdue travel recap post. So if you love Europe as much as me or just want a bit of escapism, sit back and scroll.

We arrived sore and fatigued but nonetheless excited to the Madrid Barajas airport on a rainy September afternoon. Ready to meet with my cousin Martha and her husband Fran who would kindly host us for the Spanish leg of our trip (love you Martis!). The skies were dreary, the pavement was wet, and thunder lit up the sky. Not exactly the summery European weather we expected, but as we drove out of the city into the countryside, the somber weather would take on its charm. Open fields of grassy plains and puffy grey clouds followed us to our cozy countryside abode where for the next few days we'd call home.

Driving up to my cousin's home brought on the first hint of awe that we would feel over and again during the rest of our trip. Her home was what Spanish countryside dreams were made of. The gothic style home was raised and gave way to a stunning panoramic view of the lush forestry and neighboring cottage-like homes. Once we set our bags inside, we stepped out onto the patio to sip on a café cortado, to take in the breathtaking view as the rain poured down.

(slide through photos above)

Later that night we set off to the neighboring town of San Lorenzo de El Escorial for a night stroll and of course, tapas! In true Hispanic fashion, the kids stayed behind with the eldest taking over as babysitter while the adults indulged in some late night fun. We wined, dined, and took in the jovial Spanish energy that emanates in the late night hours, when most people back home are unwinding for bed. 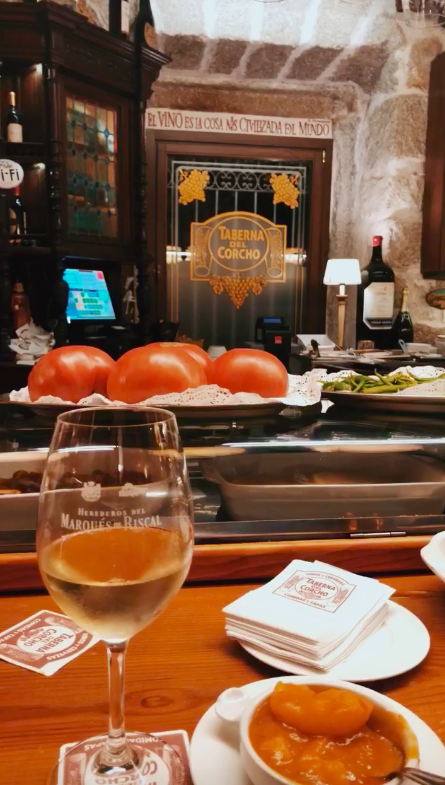 The next morning the sun peered through the wrought iron cage windows and the sounds of the chickens acted as our alarm clock. We scarfed down some cochinita pibil tacos courtesy of my mom before heading into Madrid for the day to explore the city.

The drive into the city was like being in a movie, the cream colored buildings and intricate architecture were unlike what I was used to seeing back in LA. Finding parking in the city was an adventure in itself and eventually we found an underground parking lot that get this...played classical music on loop. Supes classy.

Madrid was one of the liveliest European cities I visited, and it's the only one I'd realistically choose to live in. From the delicious smorgasbord of tapas and sangria options in Mercado de San Miguel to the medieval architecture and the buzzing crowds in Plaza Mayor, Madrid is a gorgeous historically-rich metropolis that checked off all the boxes for my dream European city.

Oh my, what can be said that hasn't already been said about Paris? This city is a dream, a romantic concept, an aesthetic wonderland. If there is a Paris syndrome, I experienced the opposite of that.

Armed with my French 1 level knowledge of basic vocabulary, I voluntarily took the lead as my family's translator. In a bid to lessen the blow of the age-old truism that the French have a disdain for Americans who don't attempt to speak the language. Nevertheless my well-meaning family remained headstrong in speaking English as I cringed on the sidelines, refreshing my google translate app. 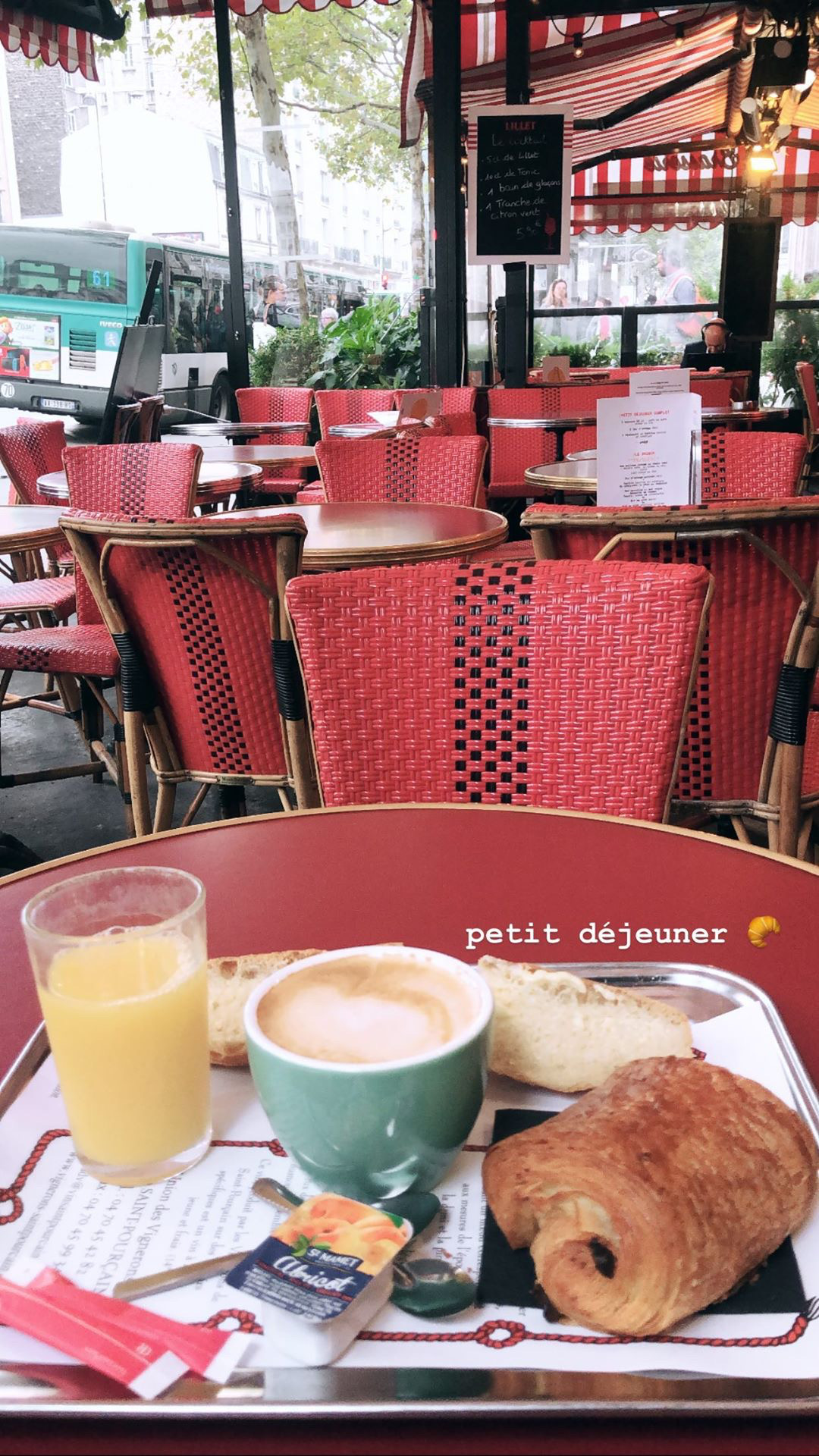 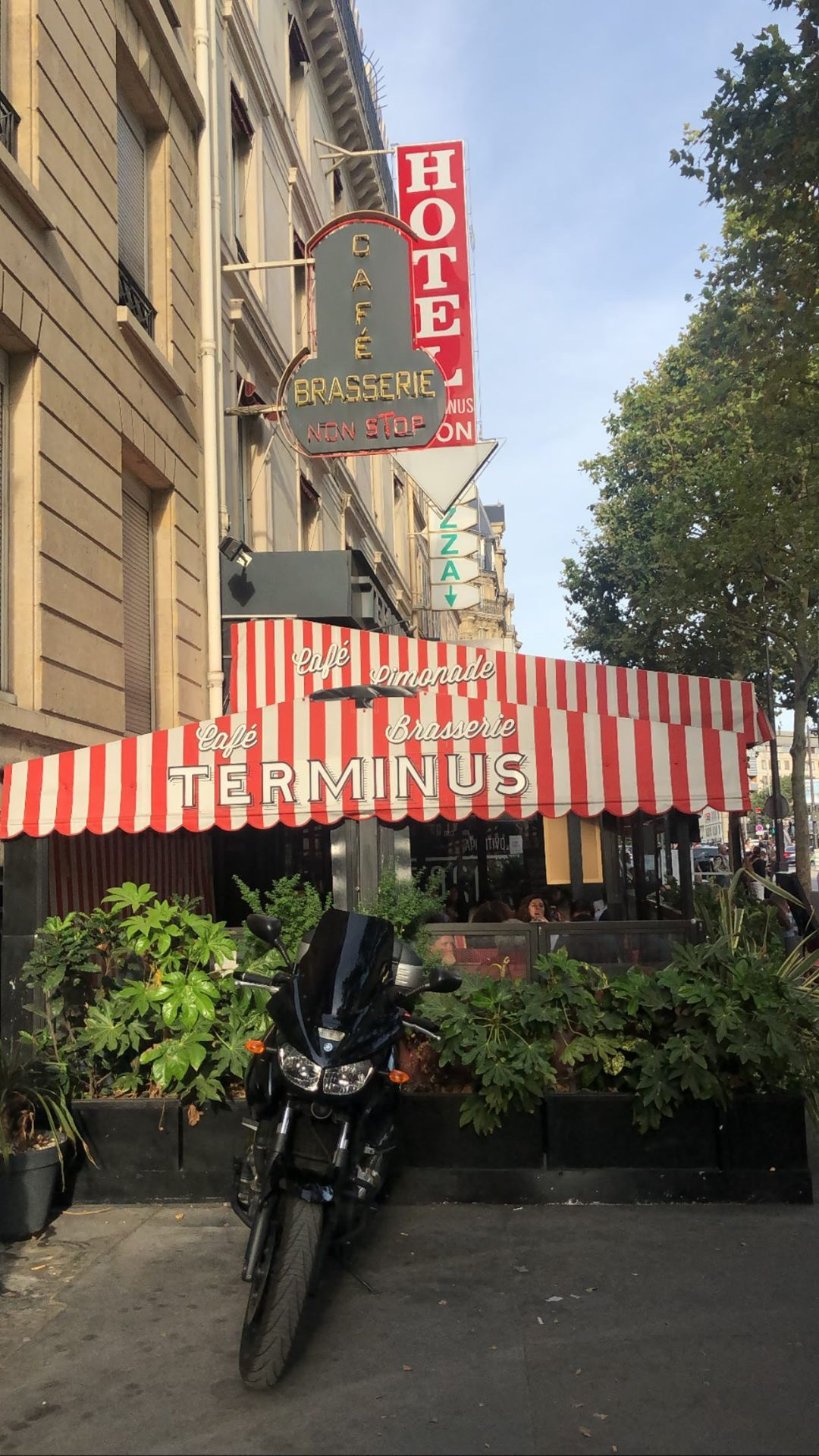 Exploring the path adjacent to the Seine River as we made our way deeper into the city was unforgettable. Without much of a plan besides the usual tourist traps like the Eiffel Tower and Louvre, we walked with ease marveling at the beautiful edifices and the Notre Dame across the water. Couples and friends sat on the banks of the river sharing wine and treats, it was all very Parisien and straight out of a movie.

Once we reached the city center, we made our way to the Louvre only to be met with disappointment as it was closed on Tuesdays...and it happened to be Tuesday. That didn't stop us from serving looks and making the most of the iconic photo backdrop.

After lunch, we lost track of the time and naively believed we could walk to the other side of the city to make it to our Eiffel Tower reservation. The language and cultural barrier was in full force and we struggled to hail a cab with our limited cell service and even more limited understanding of French. When we finally found a taxi, it was a very on brand pissed off taxi driver.

Much like Madrid, Paris had a striking pizazz and liveliness at night that attracted my family and I. We spent our two nights there sipping on drinks and people watching al fresco as the cafe lights and busy intersections twinkled. My mom and I even took dabbled in some cult-favorite shopping in a French pharmacy. Another highlight: asking our French waiter how to say "excuse me" in French, and him responding excusez moi?

All in all, Paris is a beautiful fantasy to revel in at least once in your lifetime. If not for the food, then the arts and culture. Truthfully, I didn't try the cuisine—besides petit dejeuner— until months later in the States, but I'm sure I'll make my way back to Paris one day to have my Louvre redemption and visit other gems.

If Paris is a fantasy, Rome is an endless dream. Walking up to an inconspicuous door inside a footwear shop, you wouldn't immediately guess that behind it awaited our Roman air bnb. Our superhost buzzed us in and one by one we packed ourselves into the tiny old school elevator lifting us to our glamorous abode. It's difficult to describe just how captivatingly beautiful and our air bnb was, so it's best to let the video below do the talking.

Our first day in Rome was spent carousing the shops along the cobblestone streets and eating impeccable food and drinks, al fresco of course. It is here where I discovered and consumed an undetermined amount of Aperol Spritzs. Even into the night, the city was buzzing with energy and we reserved a dining spot above the Spanish Steps to take in the view and do some people watching.

Day 2 was our tourist attractions day and we rose early to reverse our place at the Vatican Tour. Despite being shoulder-to-shoulder within the Vatican, it was worth it to witness the breathtaking history and art immortalized in this magnificent structure.

Our last night in Rome was one to never forget. We dined near the Trevi Fountain and watched the street performers draw in huge crowds—something that feels eerily foreign in our current corona times. Before closing the night, the adults decided to make the most of our last night by bar hopping and taking in the last bit of Rome that we could. The rain began to pour on us on a rooftop bar but we didn't have a care in the world. We shared sentiments and stories over wine at our last stop for the night—a charming restaurant tucked away on a narrow Roman street. It was the perfect close to our family trip, as I would return to Spain the next day before flying back home and my family would carry on with their trip to Germany and The Netherlands. We had no idea this would be our last international trip for a while, but the memories are vivid enough to transport me back to that magical trip.

Nurturing Mental Wellness In A Pandemic